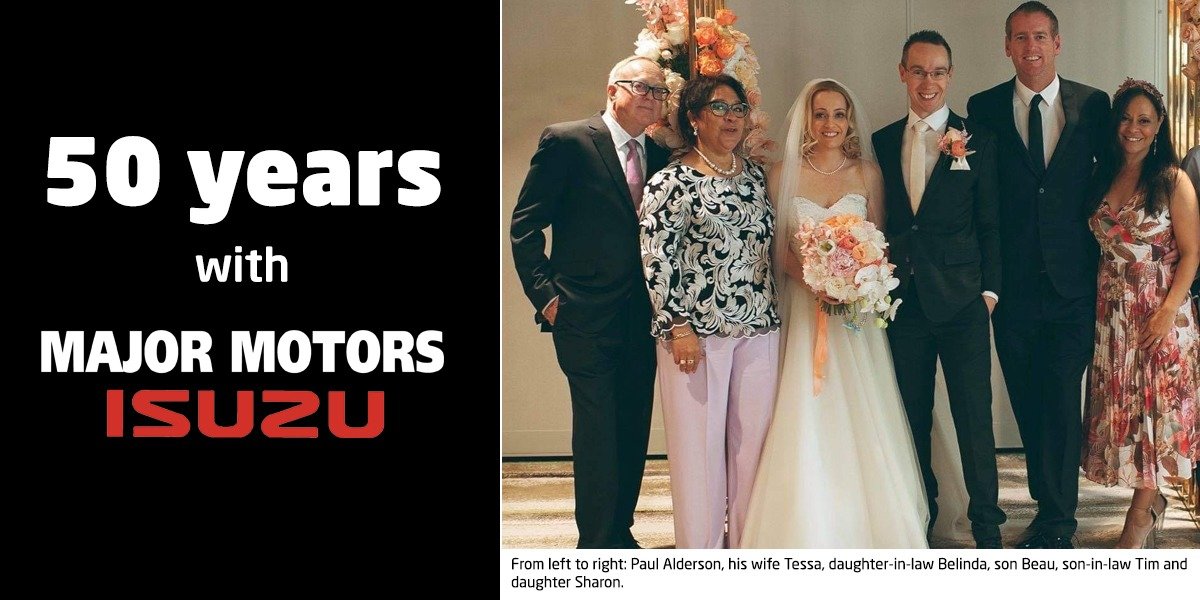 A fabulous member of our team who notches up 50 years with us this month!

When you enjoy your job and you’re valued by your employer there’s a lot to be said for staying where you are.

That has been the philosophy of Paul Alderson who notches up 50 years of working with our company in December this year.

In 1970 at the age of 16 Paul joined what was then Detroit Engine Sales and Service, a division at the time of Attwood, and located in Pier Street, Perth.

Paul remembers the premises well. They were surprisingly cool; a good reason as it turns out, as they were formerly a morgue.

A few years after he joined, the business moved to Great Eastern Hwy, Belmont at the corner of Hargrave Street.

The accommodation was a massive shed previously occupied by the Belmont Pipe Storage Company.

Paul says: “It was huge – good for playing undercover football in. The facilities were primitive to say the least.

“The only thing in the way of an office in the building was a solitary very primitive telephone switchboard just sitting there all alone with nothing else,” he recalls.

The relocated business established its administration in an old house across the road. One of the interesting moments was when the pay mistress turned her back on the payroll and in a flash it was stolen never to be seen again.

The entire staff at the time of the move consisted of seven people.

Paul’s first task was to paint a sign, ‘225’ – the roadside number. That was for the business identification as it didn’t really have a name at that point.

“At the time we handled Bedford trucks, Holden commercial vehicles and Detroit Parts.

“Bedford by Isuzu was later added to subsequently become solely Isuzu. We also handled Jeep for a short period.

“I can distinctly remember how impressed we were with Isuzu. These trucks were so much more sophisticated than the old Bedfords.  The cab lifted up for easy access to the engine and they were just so much better”.

During his varied career with the company one of Paul’s tasks was Warranty Manager.

One thing that really impressed him and others in the company at the time was how far Isuzu went in providing warranty coverage compared with other manufacturers.

“They were way ahead of everyone else, so it was no surprise that they built an excellent reputation.  “Isuzu became highly trusted and becoming the number one seller in Australia was well deserved,” said.

So putting it mildly Paul has seen a few changes over the years, including of course being part of the  company when it took on the name Major Motors in 1971, the  growth it enjoyed  while on Great Eastern Hwy and the move in 2006 to the premises in Forrestfield because there was absolutely no room left in the location to accommodate further growth.

Paul’s first job was in deliveries and since then he has undertaken a range of tasks that have included driving and store work, Warranty Manager, Service Adviser and so on.

While most of the years have been spent at the Belmont premises, the half century has included 10 years at the former O’Connor (now Bibra Lake) operation.

Paul says he has been a bit of an all-rounder and he regards himself as being fortunate to have had continuous employment.

“I can remember my mum telling me that getting a job in the government would be the best way to go as you could have it for life.  I honestly think I did better than that.”

At present there are no plans for immediate retirement as he is fit and healthy.

Married to Tessa, they have just celebrated their 40th wedding anniversary and have two grown up children, Sharon and Beau.

Paul says that as he likes his job and his passions for gardening and family don’t clash with the job, there is no reason not to put in a few more years yet.

From Major Motor’s point of view – that’s great,  as Paul is a valued member of the team and is regarded as an all-round good guy.

Tessa added: ‘he loves Major Motors so much, we think he’ll go out in a box!’