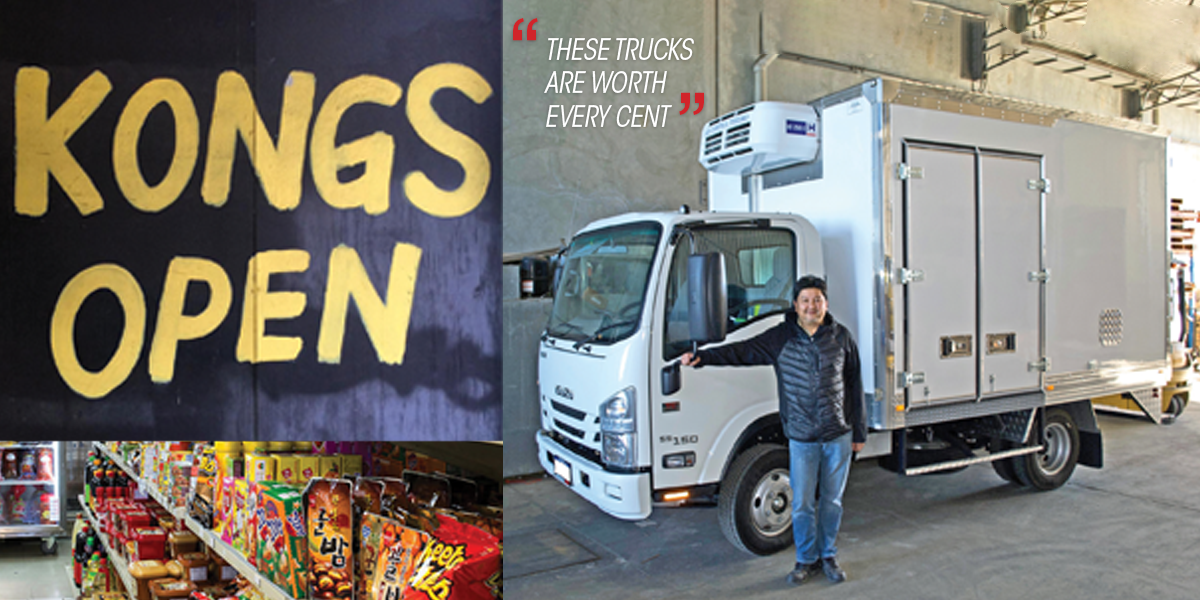 As a key distributor of Asian food to retail stores and restaurants throughout Western Australia, Thomas has a keen interest in local eating habits and obviously is keen to see the Asian food market continue to grow.

One of his hopes is that Australians will develop a taste for Asian food if they have not done so already… and he hopes that celebrity chefs like David Chang and Rick Stein who go to Asian countries frequently will have an impact on the Australian palate.

One good aspect in Asian food supply growth that he sees, is Western Australia having an increase in the number of Asian tourists coming here – and course they primarily eat Asian food.

The entrepreneurial Thomas Kong took the helm of Kongs Trading after the passing of his late father, Francis Kong who launched the business in 1977.

Since then, apart from substantial growth, the business has seen marked changes in the products it supplies.

‘Not long ago most of what we supplied was 30-40 percent perishables but that has changed and we now predominantly deliver frozen products,‘ he said.

The Kong’s have exclusive agency lines supplying a lot of frozen products, especially seafood - and of course that requires reliable freezer trucks.

In doing this the company recently bought two new Isuzu trucks, one capable of carrying four pallets and the other six.

The business currently has five trucks and five vans that are constantly on the road.

When buying Isuzu trucks for the first time, Thomas says he is really pleased as he and his drivers have found them stronger, capable of handling bigger loads and most importantly he likes the visibility from the cab.

‘We found other trucks of the equivalent range less able to carry a full load as they had weaker suspensions and what’s more, in tight delivery situations of loading bays in shopping centres you need good visibility and the ability to handle tight cornering’.

He says the Isuzu trucks win hands down in these aspects alone and have been worth every cent.

Furthermore, he added that he has a strong rapport with the people at Forrestfield and as a consequence, he can see the business staying with Isuzu and Majors for a long time to come.