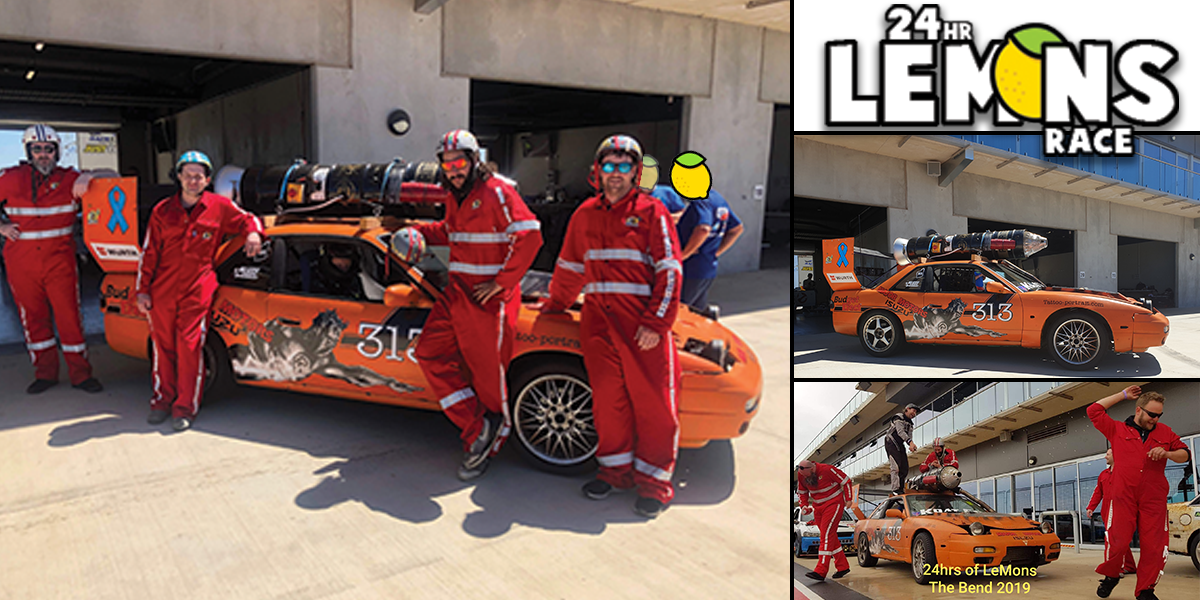 Major Motors has had its name as a sponsor of a wide variety of vehicles, none more unorthodox than the ‘Captain Risky’ car.

The car, a mock-up of the Budget Direct, Captain Risky advertisements was entered by our leading hand, Keaton Ratcliff and technician, Greg Salvia along with a company of friends in the ‘24 Hours of LeMons’ event which was held just recently at The Bend Motor Sport racetrack in South Australia.

The concept of the event hails from the USA and is deemed as the biggest and cheapest motorsport event on the plant. One of the rules of the event is that the car’s purchase price must not be more than $1000 and of course, decoration with some mad-cap theme is greatly encouraged.

This car with the Captain Risky theme had a rocket on its roof, along with a considerable amount of decoration. No performance modifications are allowed but the addition of safety gear is a requisite.

Keaton and Greg’s car which successfully survived the event was a 2 door sports coupe powered by a diesel engine whose original home was an offroad 4x4, making it quite the Frankenstein's monster of a car. The event, an endurance race in which a driver change is made every hour, is won by the car that completes the most laps. It raises money for Prostate and Breast Cancer Research.

All members of the team take a turn at driving doing a stint of one hour before changing over. A total of 70 cars – all on the track at the same time participated with six entrants from WA.
The ‘Captain Risky’ car completed a respectable 135 laps – a total of 1400kms.

Keaton said participating was a lot of fun and they’ll definitely be back for the event next year which may be held at Western Australia’s Collie circuit.
Find out all about the Australian 24hrs of LeMons race here or read about the race's origins and its humble beginnings here